Anneka and Damian did a private intensive Hypnobirthing course online during lockdown to prepare for the homebirth of their second baby. 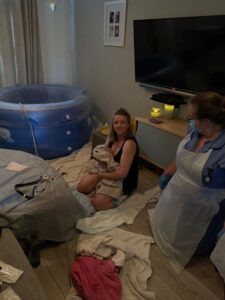 “I gave birth to a beautiful baby boy on Monday. My due date was Sunday and on Monday morning my waters broke but about 3 lots of waters they didn’t stop until baby came

we didn’t get chance to fill the pool up or film the birth as it all happened within an hour of contracting. I ended up using the Freya App for my contractions and actually through the birth as I had the phone in my ear listening for my breathing. The baby actually pooed in me so when the midwives got to me with the ambulance as soon as they said I may have to get in the ambulance the baby started coming out.

I breathed him out just as you said which was phenomenal. We named him Kelby Steele Taylor weighing 7Ib 12oz at 9:01am. My little boy Hunter was amazing the cuddles truly helped, Damian was amazing the hand for me to squeeze helped and the midwives were just brilliant the massage Gillian was giving me on my lower back and the soft voice was wonderful. I didn’t tear I believe due to not pushing like a crazy woman and just letting Kelby make his way into the world with a guide from myself.

I remember his head already out and for quite sometime just patiently waiting to breathe the next bit of his body out it felt unreal! Damian was in my ear throughout saying breathe…breathe remember what Meg said 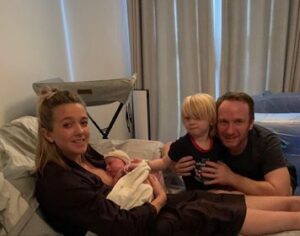 The first thing I asked was obviously if he was ok, then if it was a boy or girl and then once I found out it was a boy that we need another one now

the midwives laughed saying no one has ever said that straight after birth!!

The experience was just something out of this world so thank you soo much Meg, you have been incredible. 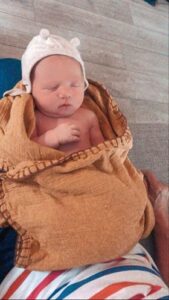